3-G evolved in a hospital bed in Glendale, Arizona on January 29,1974 when Sheila (Larry’s wife) gave birth to their 3rd daughter, hence 3 girls, or 3-G. We began with 1 truck, 5 skill saws, a rented generator, and $500.00 in the bank. The company worked on everything from new houses to patios and re-models, from Gila Bend to Prescott.

Our first office was in our residence on the West side of Phoenix, moved to a 400 square foot office in Scottsdale on the corner of Scottsdale Road and Shea, then to an 1140 square foot office/warehouse in the Scottsdale Airpark. The next move was into an 11,600 square foot building, also in the Scottsdale Airpark, which we built ourselves, occupying 6000 square feet, leasing the remaining portion of the building. Currently, we are located on 7 acres in NE Phoenix at 1820 East Deer Valley Road. Also, located on this site is Pueblo Lumber Company (our material supply company).

As we built our companies, we took a we will pay as we go expansion plan, leaving us today with no payments and not controlled by a bankers debt to equity ratio. In order to satisfy our customers demands, we are a licensed contractor in the states of California, Nevada, and Utah. 3-G Trim also operates as a foreign corporation in the state of Florida, Colorado, and Idaho. Expanding into these other states has been made possible by members of our management team being willing to relocate and better service our customers.

Finally, the owner of 3-G Construction, Larry McCrery, and Ruben Altamirano, Field Training and Safety Manager are excellent role models to these students. These two men have the background of quality carpentry in Arizona and are dedicated to the youth and future of the construction industry." 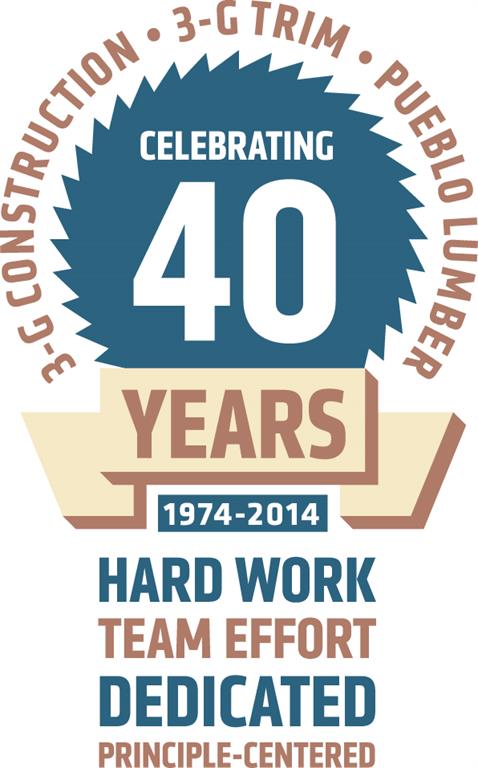